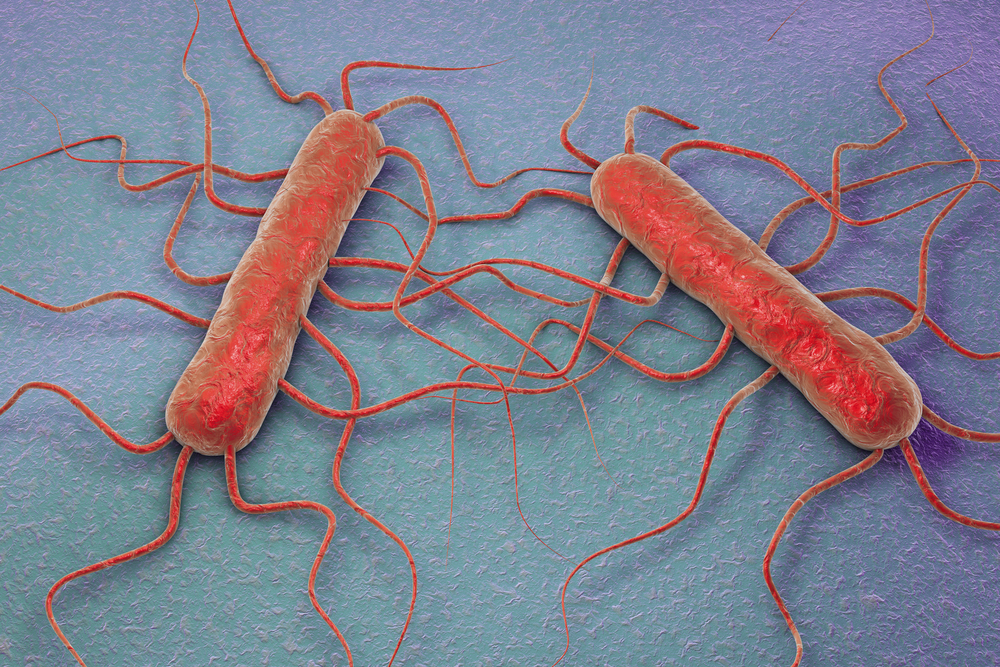 Background: Listeria monocytogenes is widely recognized as an important cause of human foodborne illness, particularly for persons with heightened immune susceptibility.

Traditional assays for Listeria monocytogenes. require 40-48 hours of incubation whereas this assay, in conjunction with proprietary media, is awaiting AOAC approved for 24 hours of incubation for environmental swab samples, and 26 to 28 hours for product samples.

Although the number of people infected by foodborne Listeria is comparatively small, this bacterium is one of the leading causes of death from foodborne illness.  It can cause two forms of disease.  One can range from mild to intense symptoms of nausea, vomiting, aches, fever, and, sometimes, diarrhea, and usually goes away by itself.  The other, more deadly form occurs when the infection spreads through the bloodstream to the nervous system (including the brain), resulting in meningitis and other potentially fatal problems.  Pregnant women are more susceptible to Listeria infection than are most other people, and although they generally recover, their babies usually don’t survive.

Listeria cases have been traced back to several foods; for example, raw or under‐pasteurized milk; smoked fish and other seafood; meats, including deli meats; cheeses (especially soft cheeses); and raw vegetables.  Listeria is hardy; it tolerates salty environments and cold temperatures, unlike many other foodborne bacteria.

Negative or Positive per 25g or 375g or swab analyzed

One Viable Cell per 25g or 375g or swab analyzed

This is a Quantitative analysis, this test will detect if only one Listeria monocytogenes cell is present, therefore resulting in a Negative or Positive result.  This assay does not tell you how much of the pathogen is present.

Standard sample sizes are one swab, 25g, 65g or 375g.  Representative sample portions are collected from sample submitted, mixed with highly selective enrichment media and incubated for 24 to 48 hours.  After incubation, cells from the sample enrichment are broken open to expose their DNA, which, if the target Listeria monocytogenes DNA is present, will be copied thousands of times, allowing for detection via the BAX Real Time PCR Listeria monocytogenes assay.

for Biological and Chemical Testing